Who would Jesus criticize? (WWJC) 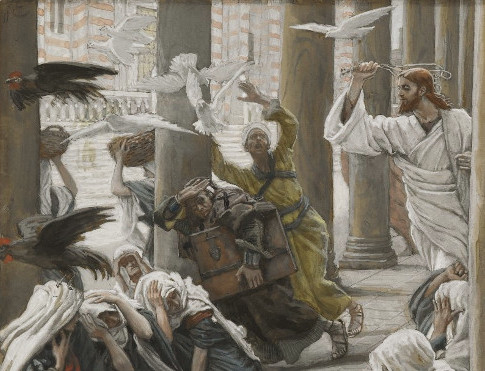 When modern Christian teachers present Jesus, they often "lie by omission." They want to make Jesus as attractive to our culture as possible, so they present "gentle Jesus, meek and mild," and leave out "angry Jesus, who destroys his enemies" (e.g. Rev. 2:23) or the Jesus who "treads the winepress of the fierceness of the wrath of God, the Almighty" (Rev. 19:15).

Jesus is a living person, not an instrument for accomplishing church growth. If you try to falsify Jesus, you will find it backfiring upon you. And you will have hurt many other people in the process.

Jesus said some things which were hard for his own culture to take: for instance, even his disciples were taken aback by his strict teaching on divorce (Matt. 19). Divorce was shockingly easy (for men) in Jesus' day. His teachings about humility (Matt. 18:1-4, 20:25) were radically subversive of the honor/shame culture of that time.

Jesus criticized just about every human authority of his day. He intentionally broke the Pharisees' rules in order to provoke confrontations with them (Matt. 12:12-13, Matt. 15). He denounced entire cities of people (Matt. 11:20-24). And he denied the possibility of "neutrality":

If Jesus visited our culture, he would be criticizing so many things. But he probably would not be focusing on the pagans, or the atheists, or the Muslims. He would be going into the Christian churches and asking the the pastor difficult questions. In the first century, Jesus chose the burdensome Pharisaic legislation about the Sabbath in order to highlight the sin of the Pharisees. What might he choose to challenge modern Christians?

I can picture Jesus walking (incognito) into a Baptist church in some southern United States community and asking "Is it lawful for one of your members to ferment grape juice into wine for a wedding?" Men of the first century would be laughing at the absurdity of modern "legislation" by Christians. But this is really dark humor, because every time Christians "legislate," they falsify the character of God.

Jesus was not afraid of controversy and criticism. Nor should we be.

Modern churches like to avoid controversy. That is one reason that they avoid teaching about the law. On this site, we do not avoid the controversial questions; we run towards them, because that's where Jesus will be.

How did Jesus "fulfill" the Law? (Matt. 5:17-19)
Did Jesus really support the death penalty for cursing one's parents?