The Ten Commandments are relevant 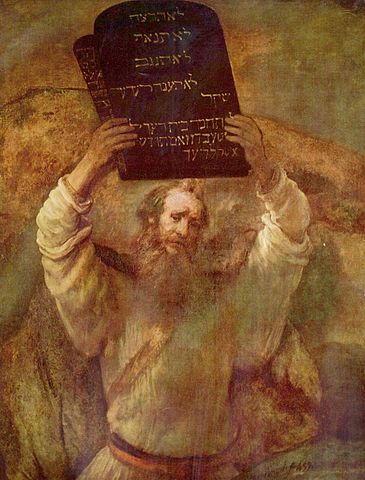 The tragedy was that this teacher was claiming that his Christian community didn't understand the "covenants" properly. He was offering his teaching to correct others' misunderstandings of the covenants. Ironically, the plank was in his own eye.

There are at least three problems with the reasoning above (primarily due to fallacies of equivocation):

1. The "ministration of death engraved on stones" is not identical to the Ten Commandments.

The Ten Commandments are a summary of God's law, given because of His love for mankind. Jesus even alluded to this when he said "The sabbath was made for man, and not man for the sabbath." (Mark 2:27) The Ten Commandments exist independently of any written representation (like tablets, or ink on paper). They also exist independently (and prior to) their inclusion in the Mosaic Covenant, because they are God's expression of His own good character.

2. The "ministration of death engraved on stones" is not identical to the Mosaic Covenant. 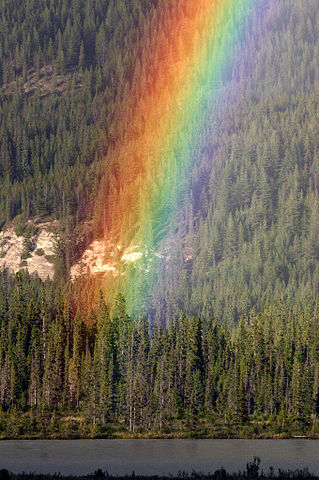 The rainbow
is a covenant token

The tablets upon which God inscribed the Ten Commandments were covenant tokens, which acted as a physical, but symbolic, representations of the Mosaic Covenant. We see examples like this elsewhere in Scripture. For example, God gave the rainbow as the covenant token of his promise to Noah: Genesis 9:11-13. He gave circumcision as a token of His covenant with Abraham and his descendants: Gen. 17:11.

3. The fact that the Mosaic covenant has been abolished says nothing about the Ten Commandments.

If you think Paul is saying (either here or elsewhere) that the whole law is abolished, then you have a big interpretive problem on your hands. Jesus said very clearly: "Do not think that I came to abolish the law or the prophets." (Matt. 5:17)  Yes, parts of the Mosaic law were provisional. Parts of it were prophetic. Most of it, though, is grounded in the character of God Himself.

The Ten Commandments are a top-level summary of those parts of God's law which are grounded, unchangingly, in God's own character. God's law shows us His character. God's law shows us how to love our neighbor. The New Covenant (with its gift of the Holy Spirit) helps us to follow those parts of God's law which will never change. That is why the author of Hebrews says (quoting Jeremiah 31:33 as being fulfilled):

"This is the covenant that I will covenant with them after those days, says the Lord, giving My laws on their hearts, and upon their minds I will write them," -- Hebrews 10:16