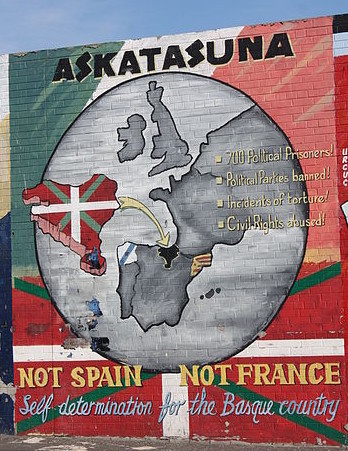 To put things in proper perspective, let's talk about something more controversial.   Did you know that there are many minority religious/cultural groups (such as the Basques) who want political self-determination and autonomy? Consider these two questions:

These questions are guaranteed to do at least three things:

Use them wisely, and often. 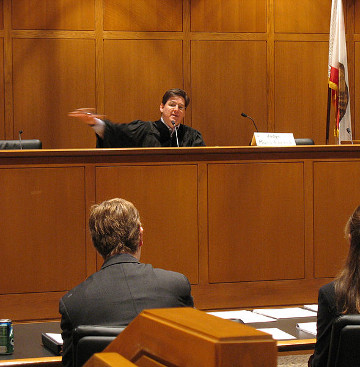 Democracy of leadership means that the people (demos) choose the leaders who will implement existing law, and who themselves are under that law (as servants). Think of electing your local county judge, for example. She doesn't make the law, she just implements it. Biblical law had this feature from the very beginning: Deut. 16:18 (see Berman, Created Equal: How the Bible Broke with Ancient Political Thought, 69 or McConville, God and Earthly Power, 94). 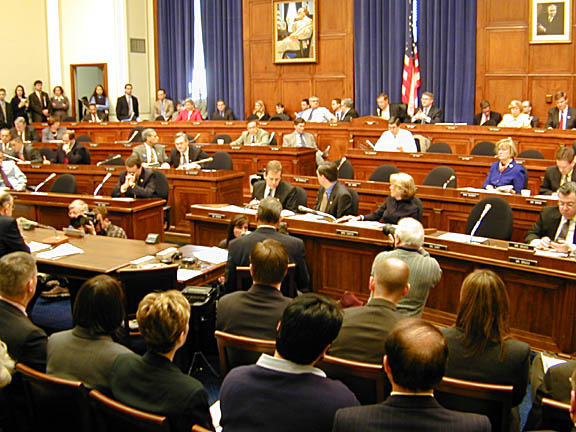 Democracy of law means that the people (in some sort of majority, and probably through representatives) create the laws, which are then applied coercively to everyone, majority and minority alike. Even if the minorities do not want to live under those laws.

Making the world "safe for democracy" 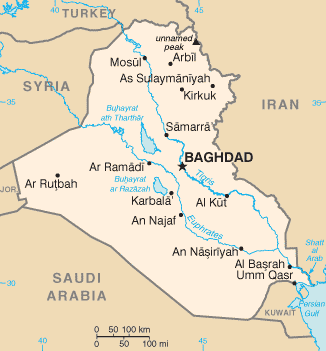 When Western governments (such as the United States or Great Britain) go around promoting "democracy" in various places (like Iraq), they promote both democracy of leadership and democracy of law. Let's take Iraq, for example. Look at a map of Iraq. Britain established those borders in 1920, and you can bet that they didn't consult any of the people who lived nearby the borders or any but a small minority of the people who lived inside the borders. Britain may have been interested in something called "democracy," but they were not interested in political self-determination.

Fast forward to 2005. Two years before, the United States had overthrown its former ally Saddam Hussein, and now the "Coalition Provisional Authority" (the fancy name for the U.S. occupying leaders) were promoting "democracy" and a new Constitution for Iraq. 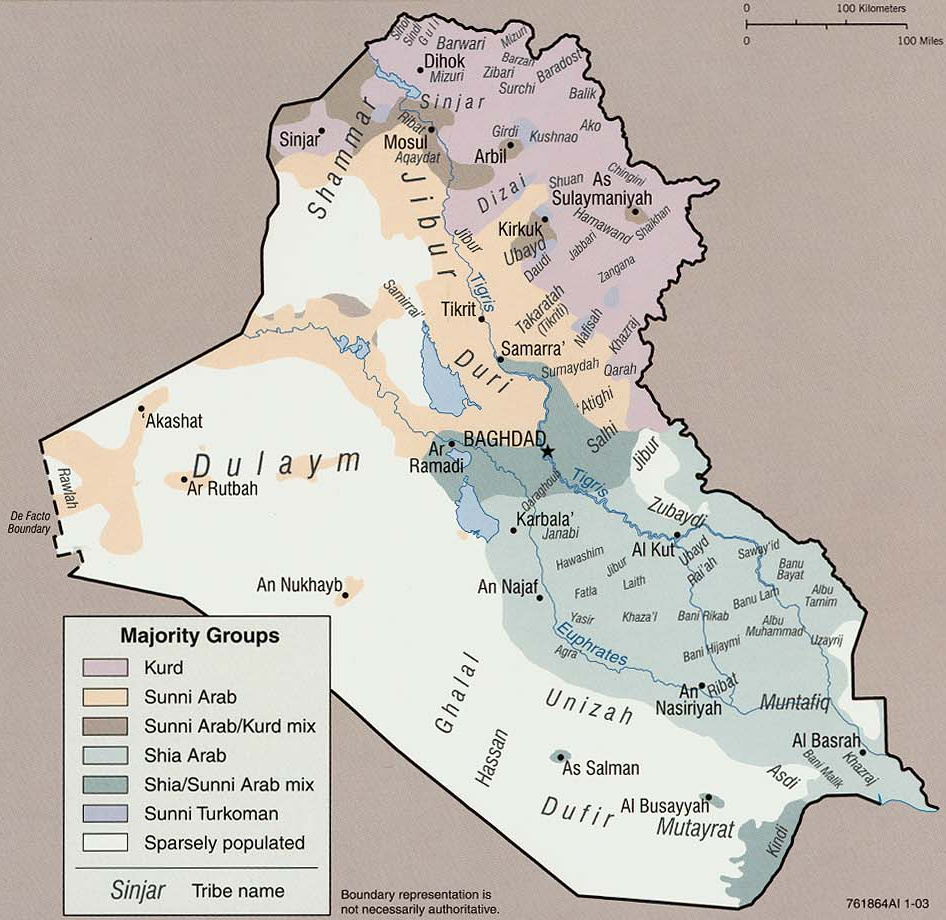 Let's look (briefly) at the cultural/religious makeup of "Iraq":

The United States was trying to get all of these groups to try to live together under a single Iraq Constitution. It established Iraq as an Islamic nation and guaranteed that the legal system would follow the principles of Sharia law (without specifying which of the four "schools" of Sharia jurisprudence). Even though Shi'a, Sunni, and Kurds never wanted to live under the same law system, the United States ensured that political self-determination was not an option.

They also ensured that the Shi'a majority (60%) would always be politically dominant over both the Arab Sunni (20%) and Kurd (15%) minorities. Unsuprisingly, this led to political marginalization of Arab Sunnis, persecution and atrocities committed against them by the majority Shi'a. This in turn let to a reaction toward Sunni extremism, in the form of the Islamic State. All because the United States was interested in "democracy," but not in political self-determination.

Western elites look at the people who oppose (western-style) "democracy" and conclude: "backward, ignorant, benighted people who don't know what's best for them." I am a "Westerner," and I empathize with these people. If "backward" means "I don't want to give another religious group the power to change my law system" then I am proudly "backward." As the culture in the West heads quickly toward the cliff, "backward" seems to be the more reasonable direction.

Take a stand on political self-determination

So ask yourself a simple question: Do you believe that the Kurdish minority in Iraq should have the right to political self-determination?

If you say "no," then democracy, for you, means that it's OK for cultural/religious minorities to be politically enslaved by the majority. Yes, Biblical law is opposed to that.

If you say "yes," then you have just put yourself in opposition to many Western governments (not that that's bad...), and you should think through your position carefully. Why should the Kurds be allowed autonomy, but not some smaller ethnic or religious group (like the Iraqi Christians)? Or are you just being arbitrary and pragmatic?

Do you have some transcendent moral standard by which you would permit some people, but not others, the right of political self-determination?  Why deny it to the smaller religious minorities? And if you do allow anybody the right of political self-determination (good for you!) then congratulations, you have just given up on "democracy of law" (because minorities can always secede and form their own government). As Tom Woods puts it, you are now "outside the 3x5 card of 'allowable opinion'" — and we haven't even gotten to the most interesting part of the discussion yet!

Have you heard of the "rule of law"? That's a phrase that gets thrown around loosely, usually when someone is unhappy with something that a government is doing. There are three aspects of the rule of law (following, roughly, A. V. Dicey, Law of the Constitution):

Depending upon how many of these a civil government follows, we can say there is either a "strong" rule of law or "weak" (or non-existent) rule of law. Let pick an example government — the United States — and see how it measures up.

Biblical Law: The origin and apex of the rule of law

It might surprise you to learn that Biblical law was the first known formulation of the "rule of law." It was also the strongest ever formulation. No other law code has matched it. Look at the following restrictions on the king, taken from the book of Deuteronomy:

When [the king] sits on the throne of his kingdom, he must write a copy of this law on a scroll, approved by the Levitical priests. It must stay by him, and he is to read it all the days of his life, so that he may learn to fear the LORD his God, by carefully obeying all the words of this law and these statutes, and by doing them, that his heart not exalt itself above his brothers or turn aside from the commandment, to the right or to the left....—Deut. 17:18-20

This law — making the king himself subject to the law — was "unique in the ancient Near East" (Ska, "Biblical Law and the Origins of Democracy" in The Ten Commandments: The Reciprocity of Faithfulness, 148). The king was no longer the source of law, because God was the only true king.

Alone among the literary works of the ancient Near East, the Hebrew Bible maintains that the law is of divine origin. (Berman, Created Equal: How the Bible Broke With Ancient Political Thought, 59)

Combine this with the prohibition on adding to, or subtracting from, the law, and you have the strongest possible "rule of law" formulation:

Now, Israel, listen to the statutes and regulations that I am teaching you.... Do not add to the word that I command you, and do not subtract from it, so that you may keep the commandments of the LORD your God that I am telling you. —Deut. 4:1-2

This is how you guarantee true liberty: you limit the government to prosecute only a certain set of crimes, require at least two actual witnesses to bring any prosecution, and don't give the judge or the prosecutor any discretion to "bargain with" the defendant for a plea. Then you say: "don't add anything to the law and don't take anything away." No legislation, period. No one can take away your rights, or give themselves more power, because they cannot change the law.

Your rights will always be guaranteed (as long as you follow Biblical law). If an action is not already prohibited, then it is legal. It may be unwise and even unsafe, but as long as you don't harm someone else (or violate an existing law), you cannot be stopped.

For example, under Biblical law, the civil government is never allowed to:

Notice that there are no scripture references beside each item? That's because we're talking about things which the civil government doesn't have any scriptural authority to do. And there is no "general authority to do whatever" type of clause hiding in the details. Why? Because God had just brought these people out of slavery, and He never wanted them to go back to it [ <— free sermon point alert! ].

Under Biblical law, the civil government can bring justice in the case of specifically enumerated crimes (as long as two actual witnesses step forward to testify). It can also act to organize a (volunteer) military response to defend against an external threat. But it has no arbitrary authority to order citizens around and regulate their behavior.

Some people are so used to slavery, they might object that this seems "too permissive." And that is why they are not the Legislators and never will be. Biblical civil law maximizes liberty within the constraints of God's justice. Modern states try to maximize a variety of things ("social justice," corporate profits, special interest giveaways, central government power, prison capacity, etc), but liberty is not one of those things.

If you are head of a household, and want to make your own household rules which prohibit certain things, that is fine. But you don't have the authority (under Biblical law) to impose your own personal rules on other households.

And if Biblical civil law disturbs you, don't worry. You don't have to live under it. Scripture makes clear that someone must volunteer to put themselves and their property under its jurisdiction: Ex. 19:3-8, Deut. 24:3-8, Matt. 20:25-26.

So here is the answer to the original question, now that we've established the context: Yes, Biblical law is "anti-democratic," if you are referring to "democracy of law." If you give the demos the power to change the law, then they will change it. They will add all sorts of things that the special interests (like the cartels, guilds, and corporations) want. A modern society needs all sorts of regulations, to protect the profits of the privileged.

But the demos will also remove laws, if they are a hindrance. The first thing to go will be those annoying restrictions on the power of civil government. If you can't trust the government, who can you trust, right? They're a special sort of demos, the kind that only ever has your best interests at heart: updating the law for those modern situations, which were never envisioned by ignorant, bronze-age people.

Above all, they must prohibit the cultural minorities from having any right of self-determination; because who would be left to tax? How would all those helpful government programs get funded?

And that is why you now live under hundreds of thousands of laws, and cannot trust that your basic rights are protected against the next Congress, Parliament, or Supreme Court session. That is the outcome that "democracy of law" will always give you.