What is the just penalty for murder? 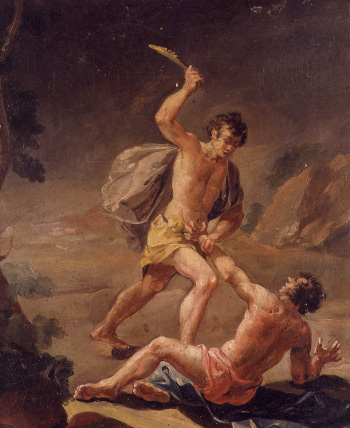 Almost every culture believes that murder is wrong. But modern civil governments have different laws specifying what to do when an act of murder is proven. How do these compare with Biblical law?

I'll start with a definition:

Murder is "the intentional, unlawful killing of an innocent human being."

Notice that this definition of murder uses the word "unlawful". This means that there are "lawful" types of intentional killing. Biblical law allows, for example, killing in self-defense and defense of others (Exod.22:2, Num. 35:11, Neh. 4:13-14). It also allows for killing in war (Deut. 23:9), which is (ethically) the same as self-defense/defense of others (as long as the war in question is actually a defensive war -- many wars are not). According to Biblical law, these types of intentional killing are not "unlawful," therefore they cannot be labeled "murder," and they cannot be punished (justly) by civil government.

Biblical law also allows (or rather, commands) killing in another limited circumstance: the death penalty for an offender lawfully convicted (by two or more actual eyewitnesses testifying before a judge) of one of the offenses worthy of death under Biblical law (Exod. 21:14, etc.).  Take murder, for example. If a person -- call him "A" -- intentionally (not just accidentally) kills another innocent human being, and there are at least two witnesses, then A can be brought before a judge (or judges) and accused of murder (Deut. 16:18-20). He is presumed innocent until proven guilty (Deut. 19:15). The judge/judges will examine the testimony of the (alleged) eyewitnesses and anyone else who can establish the facts of the case (Deut. 13:14, Deut. 19:18). The judge/judges will also determine whether there is good reason to believe that the alleged murderer committed the act intentionally (Num. 35:20-24).

If the eyewitnesses are found to be testifying falsely (breaking the ninth commandment), then they are guilty of attempted murder and are given the same penalty as a murderer (Deut. 19:16-20). No legal system today has the strict standards of evidence required by Biblical law. This failure to follow Biblical standards leads, inevitably, to the punishment of innocent people.  God designed Biblical law to minimize injustice by civil government (Deut. 19:15).

Modern legal systems take an instrumental (and even utilitarian) approach to law. Most of the time civil governments are trying to maximize the citizens' fear of the state. Punishing the innocent accomplishes this sinful goal just as much as punishing the guilty. The use of plea-bargaining is a clear example of modern injustice which is totally disallowed by Biblical law.

Let's assume that the proper Biblical legal procedure has been followed, and that the judge determines that the person called "A" actually committed murder. What now?

What is the just (right, proper) penalty for the crime of murder? This is an ethical question, therefore the answer can only come from a transcendent ethical standard. For believers in the creator God of Christians and Jews, there is no other transcendent standard than Biblical law. Men do not create transcendent standards of "justice" by voting.  Men do not create transcendent "justice" by agreeing to a (so-called) social contract. "Justice" comes only from the character of God. So-called "Natural Law" (apart from the clear testimony of of Biblical Law in Scripture) tells us nothing about just civil penalties for crime.

So let's alter the original question slightly.  What does the Bible say is the just penalty for the crime of murder? 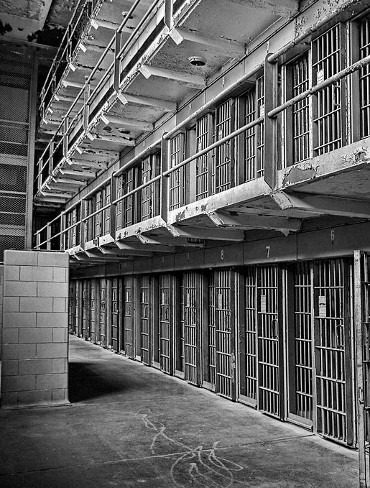 Prison as punishment is
found nowhere in Scripture

There is no question that Scripture prescribes the death penalty as the only just punishment for murder. You will find nothing in Scripture about imprisonment used as punishment*, or monetary compensation as a just recompense for the crime of murder.  You will find monetary compensation allowed for certain types of negligence leading to death (Exod. 21:30), but not for murder.

A common response by Christians is to deny the relevance of the civil penalties for crime specified during the Mosaic Covenant. Apparently, the fact that the Mosaic Covenant is no longer in effect means that the criminal penalties which God specified in His law should no longer be considered as "just".  Some Christians think that we are more "enlightened" now.  They believe that the death penalty is now too "harsh" and that imprisonment is a more "merciful" solution to crime. But putting a murderer or a rapist in prison is not a merciful act, it is both unmerciful and unjust.

Why did God command the death penalty for certain crimes? Because that was the merciful thing to do.

"Judgment" and "mercy" are not exclusive concepts. In fact, every act of judgment by God is simultaneously an act of mercy. For example, judgment brought against one group of people (the Assyrians, for example) becomes the act of mercy upon another group (Israel, for example).

Scripture affirms the deterrent effect of the death penalty:

Those societies which do not follow God's just requirements for the punishment of crime (as specified in Biblical law) will subject their citizens to more murders, more rapes, and more injustice. The consequence of disobeying God is always greater suffering.

The only just penalty for murder is death.

* Imprisonment, in Scripture, is only used to hold someone temporarily prior to judgment. The use of imprisonment as punishment is a practice that started with the Enlightenment period in Europe. It's less than 300 years old. For more info, look up Cesare Beccaria.

Questions you should ask your pastor/elder
Didn't Jesus say that only "sinless" people could judge others?
Myth: Death penalty for wearing mixed fabrics
Did Jesus really support the death penalty for cursing one's parents?